Day 36: The Happiest Day of your Life…

Another tricky one today, there have been lots of days that have been some of the happiest of my life, for lots of different reasons…

But I’ve decided to pick out three as top of the pops. (Cue some pictures of Fat Lex!)

In 2009 my brother got married and it honestly one of the happiest day of my life. Not only was it one kickass wedding with many of my favourite people there celebrating together, but in all honesty (and I know you’re not supposed to say this) but my big brother is one of my best mates and on that day in 2009 he married another of my best friends, sealing them as one of my favourite couples in the world. I love them to pieces and it made me so happy to be a part of their day and see how much they loved each other. 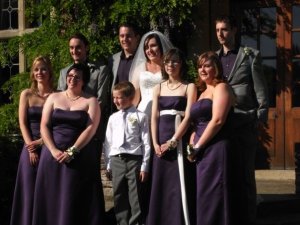 Another of the happiest days was the day I graduated. Purely for the fact that it was LONG time coming and a day that at so many points along the journey didn’t actually seem possible. The day I graduated proved to me that there was so much that WAS possible… and it was down to me and my hard work. Graduating felt so much better because it came with a story and a battle, the blood, sweat and tears made the victory so much sweeter.

The third happiest day that I want to tell you about (and I bet lots of you can guess what I’m going to say) is  the day that I met one of my best buddies. On the 18th November 2013 I met Noah, became his auntie and fell in love. I can’t spend enough time with this guys and holding him when he was just a few hours old is something I will never forget. 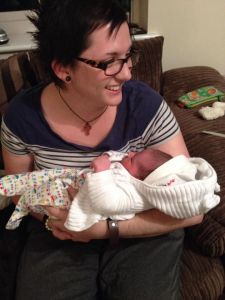 As with any happy day and big event all of these days were a little bittersweet as they were edged with the sadness that my mum should have been there being as happy as the rest of us. But I’m used to that bitterweetness now and use it as something of a barometer, if it the happiness is balanced with almost equal sadness that she’s missing out, I know it must be a really good day… That probably sounds really mental.